Bold in scope and invention, ART•5! a brilliantly diverse show at New Century Artists Gallery, offers that rare chance to see the work of five artists all of whom deliver an aesthetic wollop. As curator and artist Basha Maryanska says: “Each of the artists in this show follows his or her own vision. They have searched and experimented to arrive at what is truly all their own, not what others do.” Each demonstrates not just an intense personal vision, but courage, perseverance, and the self-confidence to pursue highly individual work.

Kathryn Hart, an abstract painter and sculptor, is an international award- winning, extremely prolific artist, based in Colorado. Hers are works to be studied, not simply glimpsed, as they are imbued with meanings that only become apparent after considerable thought. Consider “Eighteen Inches,” a mixed-media burlap and found objects work, seeded with quirks of meaning. The burlap has been tugged, frayed, pulled and stretched recalling the scene from “Gone With the Wind” when Mammy reduces Scarlett O’Hara’s waist to 18 inches. The struggle, then and now, the artist seems to be saying, is to be one’s own person and not what we are supposed to be for other people.

In “Unearthly Misfit,” a mixed media, burlap, and found object construction, the artist’s palette is also subdued, though here black is the primary color. This intriguing work evokes the feelings of alienation characteristic of someone who never belongs, an outsider, always on the periphery looking in. The canvas is gashed at the bottom, and partially stitched together leaving an irregular empty space at one end. “I work on them—stitching—until they breathe on their own,” she says.

Hart is clearly someone who has a profound interest in spiders and their webs. The stitching motif appears in much of her work, partially because of her heritage as the daughter of a plastic surgeon whom she often observed in his operating theater.

Another possibility is that webs are not what they seem—fragile and gauzy. In fact, in her interpretations, they are three- dimensional, displaying a huge range of web architecture, elasticity, and strength. Whether in a piece entitled “Relentless Passage” which hangs away from the wall casting an eery shadow or “Ovonas y Pilar,” Hart’s works are deeply mystical constructions revealing inner truths about herself and women’s place in the wider world. 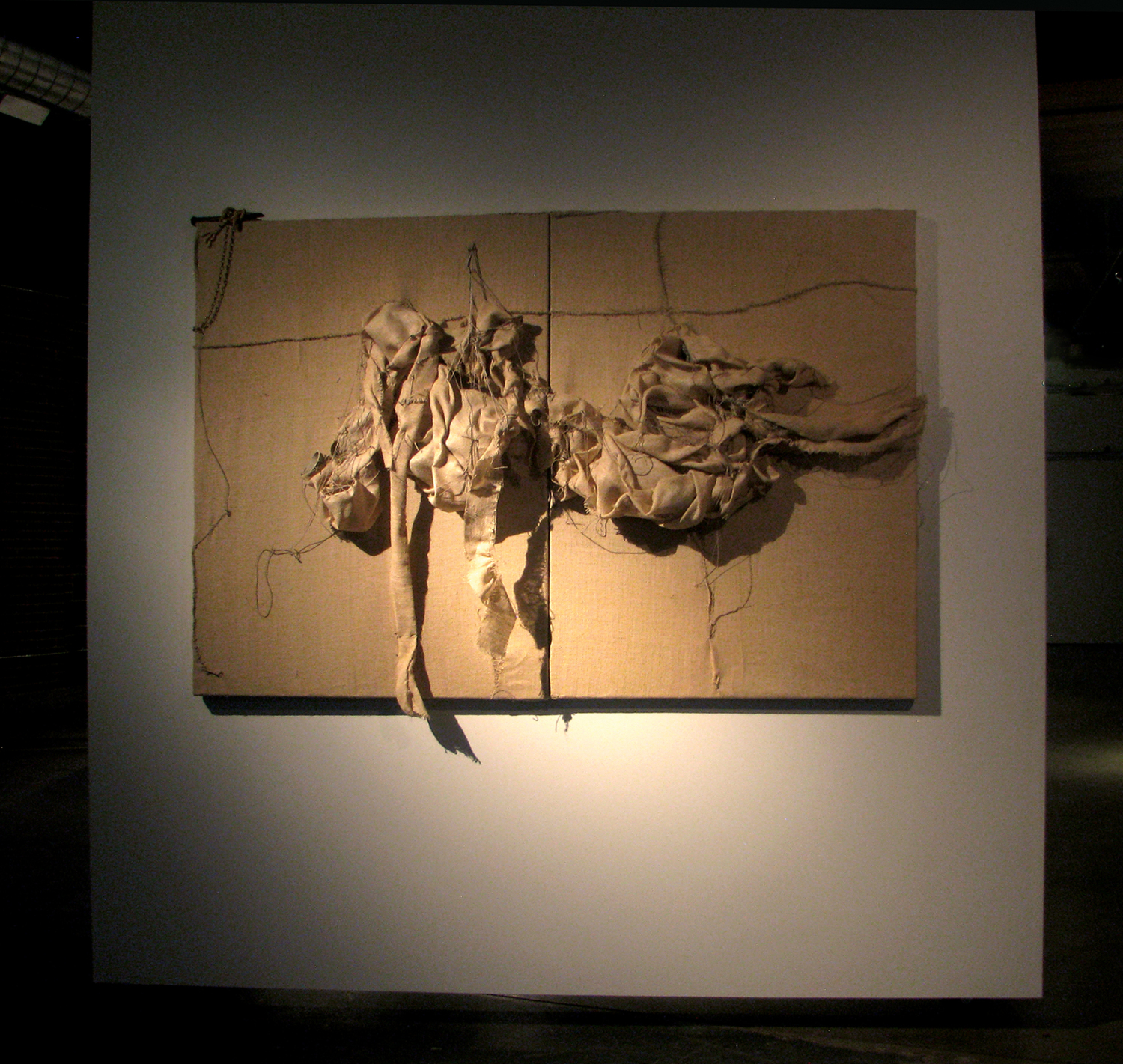 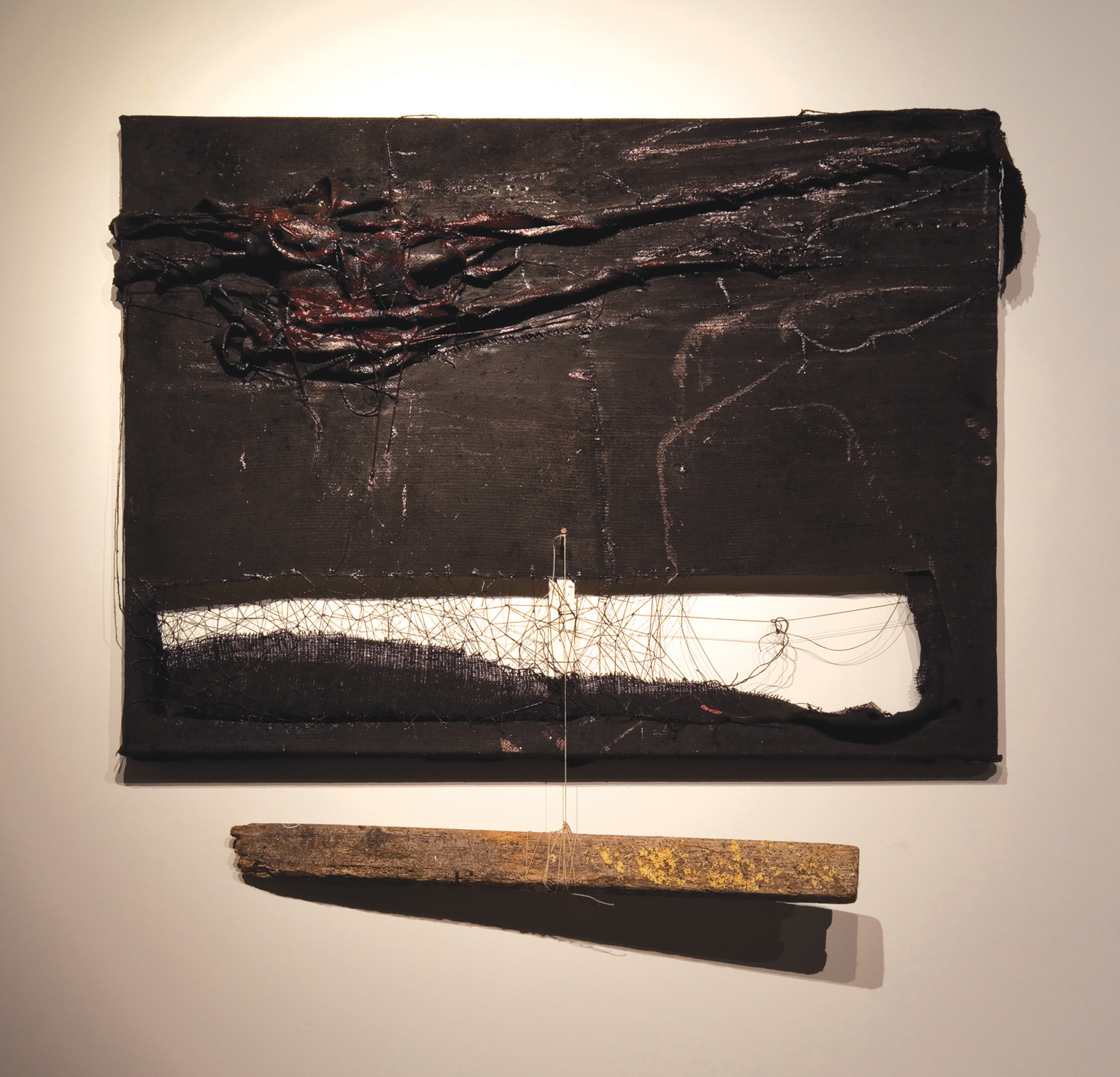 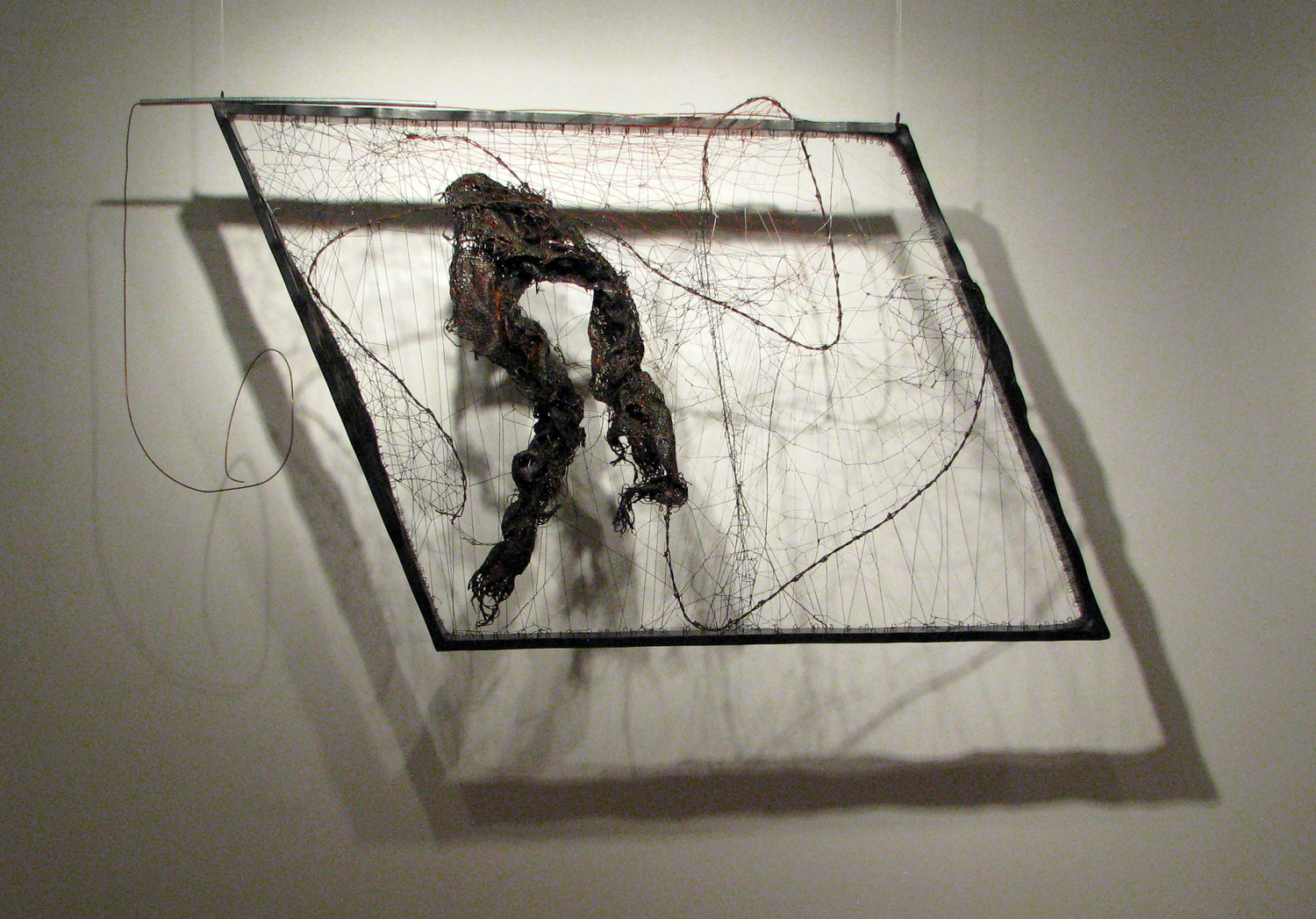